It was really by chance that I visited the Mosaic Tile Museum of Tajimi, where the exhibition on Japanese Majolika tile exported to India was held. I was actually really grateful to whatever being who brought me there.

What I write here is more or less a summary of the pamphlet of this exhibition (reference list of the contained articles given at the end of this post). 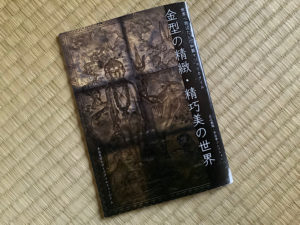 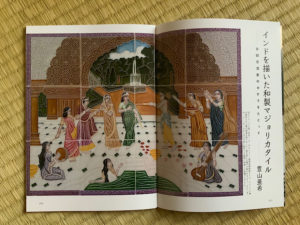 It is a pleasant surprise to know that these tile works that depict Hindu deities originate in the tiles made in Japan in the early twentieth century. While it was British import that tiles became popular among the Indian high society architecture, their supply went low after the First World War; Japanese tiles that were exported with lower price and with colours and designs more familiar to Indian sense took over the share. At one point in the late 1930s, around half of the imported tiles in India was from Japan, and roughly 40% of the tile export from Japan was to India. 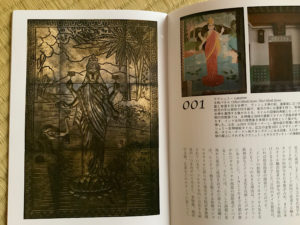 Left in the picture is the template for the diety tiles that was still left in Japan. We can see the Ravi Varma style painting adapted to Japanese/ art nuveor simplified design so it could be reproduced on tiles. It was Indian companies who brought the posters to the tile factories, and the Japanese artisans adapted the designs. As swadeshi (independent/own-product) movement was growing stronger in India, the locally adapted design and the fact that they were made in another Asian country worked perfectly well for each other. 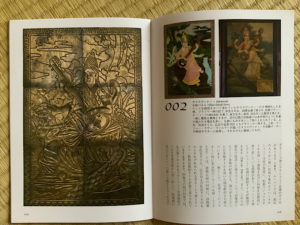 Apparently the export-import of Japanese tiles to India continued into 1960s even after the war, and there were even Indian apprentices accepted in the Japanese tile factories (although this was a part of some war compensation program).

Many of these tiles are now either destroyed in the re-building process of the old mansions, or sold in the antique world.

There is also an interesting article on Japan-India commercial relations. Here it says that the admiration to Japan following its success in the late nineteenth-to-early-twentieth-century development and wars had fruited as cultural, political as well as economic connections. The India-nised advertisement of Japanese product is introduced here too (Mukharji 2020). 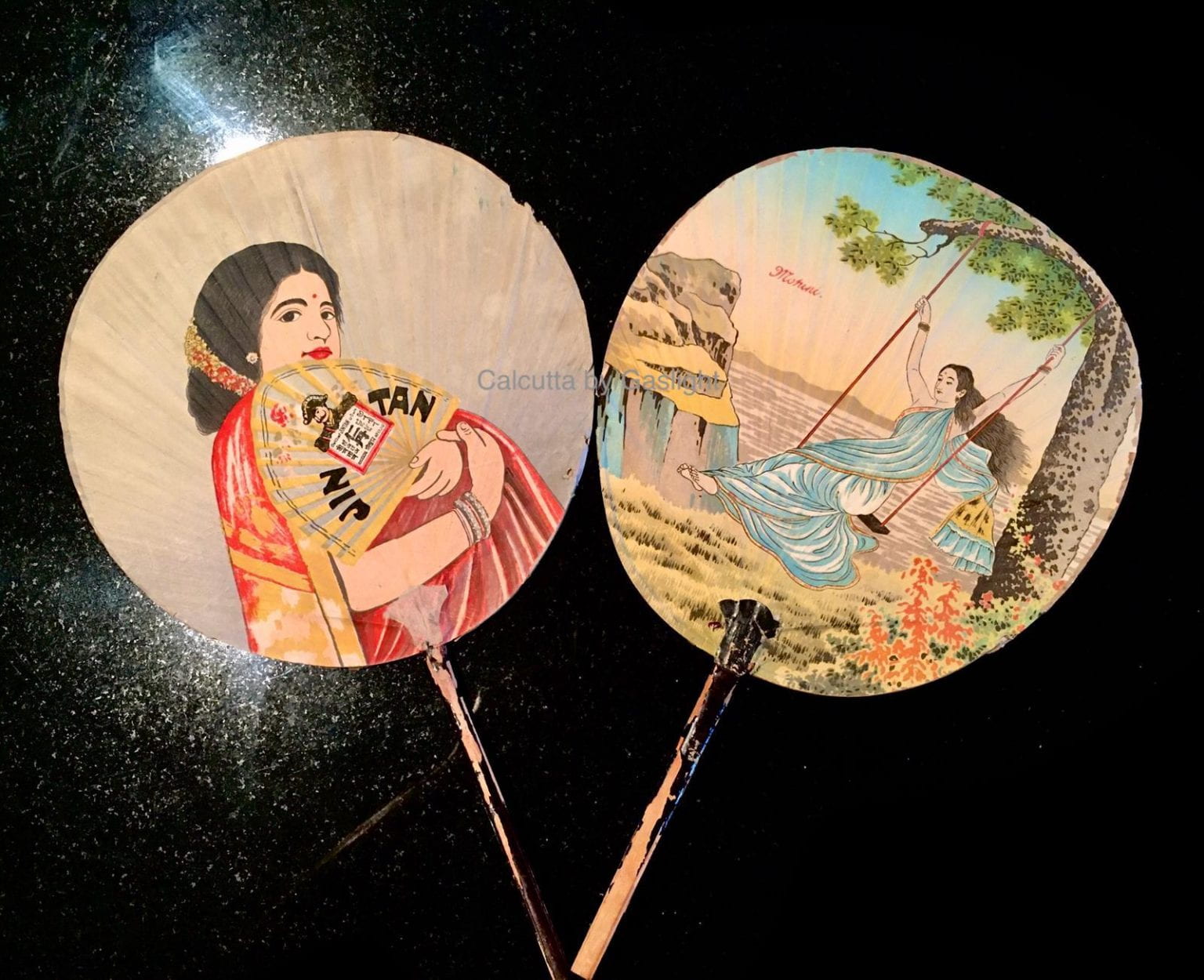 From [https://web.sas.upenn.edu/mukharji/2020/06/08/fanning-an-eastern-breeze/] (I will withdraw the use of this image if this turns out to be violating copyrights)

We all know now that Japan ended up going to a direction that led to a very unfortunate result for pretty much everybody in the world (according to what I have collected); but it is interesting to see the dynamics of these Asian connection in the early twentieth century, seen from economic/cultural dimensions.

As a side note- the architect of the Mosaic Tile museum is Terunobu Fujimori, the same architect of the Fuku Akino museum; Fuku Akino was a Japanese painting professor in Shantiniketan, the university established by Ravindranath Tagore, and she made many paintings with Indian theme, including portraits of Baul. The style of the architect was so identical from the first sight.

Something I am made to realise more and more as I get to know the details of the history is that, the process of so-called globalisation had begun much much earlier than what we think of as “modern” period; it kind of makes me think it is really just human nature, which has started from pre-historic time, when people were apparently already trading beyond the oceans… I am not to judge anything, but it just makes me think.

Also, I might note that (though I cannot point to any particular reference here so there might be some wrong generalisation I’ve imagined), while there were these interesting trade relation happening between India and Japan, this was also the time when there was already a general prejudiced bias to look down on Chinese and Korean people, both among Japanese and Indian people. The notion of the kind of Asian tie was already not without the sense of hierarchy within.