I was planning for a program to collaborate with Taro san in May 2020, but due to the pandemic circumstances it became difficult, and so he has suggested to have a session just on our own, not in a rehearsal kind of way but to have a proper session, without audience, but offering the music for its sake.
As a student of Indian art, Taro san is terribly senior to me and he is one of my very favourite musicians. I truly admire his art of raga, which has rich colour and playful depth. It was very humbling to have him play with me, and it has given me a great learning experience.

Taro Terahara is one of the leading musicians in the thriving and highly competitive Indian classical music scene in Japan. His initial training began from 1991, and from 1996 he has been under the guidance of sitar virtuoso Amit Roy, a disciple of Nikhil Banerjee now based in Japan.
Taro has toured regularly in Australia from 2006, performing Woodford festival multiple times. In 2007 he performed at Lohas classical concert produced by the worldly renowned composer Ryuichi Sakamoto. He has contributed and composed music to many major films including Tezuka Osamu’s “Buddha” in 2011, Rurouni Kenshin 2012 & 2014 and major theatrical plays including ‘One Peace’ （Super Kabuki ）2015.
Taro has collaborated with renowned artists such as; Uzaan, Yujitsunemi, Tenzin Choegyal, Anindo Chaterjee. Based on his deep understanding of Indian Classical Music Philosophy he is sharing a diverse range of music that appeals to a universal audience and has become internationally widely acclaimed. 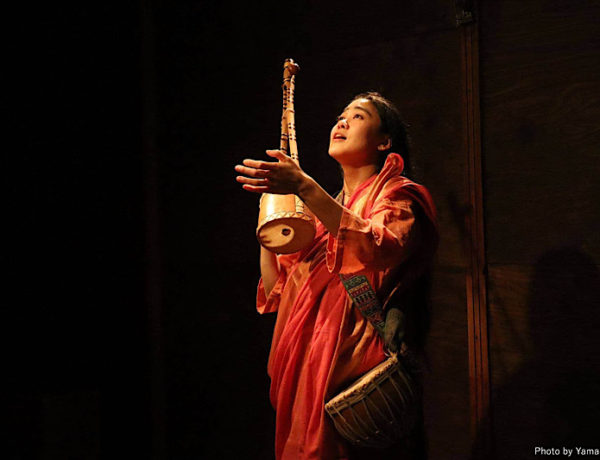 Women are surfers… [singing in Japanese]