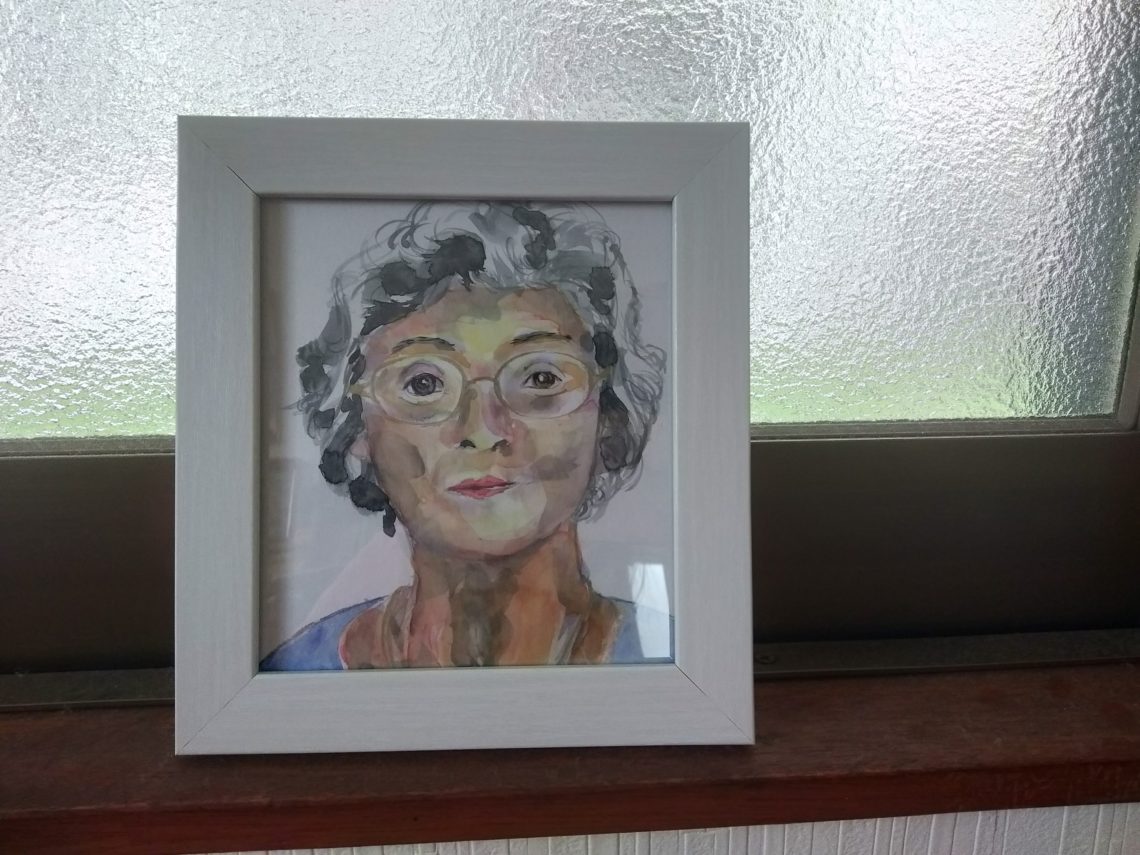 This is not a translation, but I just thought I might write about my paternal grandmother.

She passed away early this year, she had been in care centre for a couple of years now. I must say, to be frank, that I do not have any strong emotional connection with her. But she was always an interesting factor of my life. My parents, especially my dad visited his mother regularly. So I heard occasionally about her.

Grandmother was a difficult person. Well, actually, yes and no. She had a certain kind of innocence, or what you might call childishness, which made it difficult for her family. She was not good in making friends, so although she tried finding hobbies and making friends after her retirement at the age of 65 (I think), she always held this loneliness.

She lost most of her family in Tokyo bombing as a young girl. She was staying in countryside at the time (children in the city were sent to rural areas for safety). Only she and her elder sister, who is much older (but survived longer than her), were left. Apparently for her generation, at the time, it was just normal for people to die, and to lose family, so both she and her husband told me once that there was not so much sadness or anything. Her husband, my grandfather, says that only after the war had ended, he started to feel he did not want to die; but not during the war time.

We – well at least me and my mom- think that this experience of losing her almost entire family has left her traumatised, affecting her personality.

She was short tempered and tended to blame others. It was hard for her daughter, my aunt. Aunt says she was rather surprised that her parents did not get divorced. Grandmother always spoke bad of her husband, even in front of him. It was a great shock for my mother in the beginning to see this, her parents were never in such bad relation.

Her hearing became poor with her age, and that accelerated her loneliness. Apparently she sometimes got upset when my parents and aunt enjoyed talking while she could not hear or understand well. My voice with higher pitch had also become hard for her to catch, so there was once when she suddenly started saying aloud, “How has this girl become like this…”. It was the first time I was told that way, as I was not the kind of child to be told off, so I left the house for some time, and when I was found, she looked so sad in saying “Please come again, come again…”.

After 3-11, the great earthquake in Northeast Japan in 2011, she told us how she would cry seeing a small child in the news broadcast, looking for her parents in the completely destroyed land. Grandmother said she felt so sorry for her. It seemed to us that the sadness of her childhood was finally coming out in that way; she was not the kind to sympathise with just anyone’s tragedy.

In the last few years of her life, she almost did not recognise anything. She was awake for a very short time in a day. I went to see her only very few times. I heard that there were times when she seemed calmer, and there were also times she was as negatively sensitive as in the way she always was.

Her time came. She completed her life.

My dad asked me to make a small painting of her earlier this year, to give to my grandfather, and it took me almost half a year before I was able to do it. Looking at her picture, she was clearly a dead person, and it took me time to face it and then dare to paint her. But when I finally did it, it was very natural and made me feel that I actually completed my farewell to her.

After writing this, I realised that now is the time of Bonn. It would be exactly the Bonn time when I will put this post up on the web. Bonn is the time when the ancestors return for a few days to their families on earth. I cannot really recall why I suddenly decided to write about her, perhaps it was just a general string of reactions after reading all the war-memorising and peace-wishing articles that we find in August, as 6th and 9th of August are the days of Atomic bombings in Hiroshima and Nagasaki. But maybe it was a calling in preparation for Bonn appearing in that form.